I am rather taken with birdwatching at the moment and as such I have turned into a ‘twitcher’. The Oxford Dictionary defines a ‘twitcher’ as …. well, ‘someone who twitches’ (not that helpful I would have thought if you went to the dictionary to find out what the word ‘twitch’ meant!) I didn’t really understand why that moniker was used for bird-watchers until I became one and started to ‘twitch’ my head in the general direction of any movement in a bush or shrub that might turn out to be a species of bird that I havent seen before. Hence the Oxford Dictionary’s second definition: ‘British informal: a birdwatcher whose main aim is to collect sightings of rare birds.’ That’s me.
Of course, becoming a bird watcher is a relatively simple thing as there are birds around us all the time. Most are very common and not particularly exciting to view such as Indian Miners or pigeons. But others are so glorious that I want to tell everyone I meet after I’ve had such an encounter about what they missed by not being with me at the time. This does not normally have the expected effect. In fact, mostly once people realise that the ‘rare sighting’ I am describing does not involve the latest celebrity or at the very least some random footballer, their eyes glaze over and they mutter the words ‘twitcher’ (or at least I think that’s what they’re say, it could of course be ‘twit’. but I choose the former).
Australian birds are fascinating. I particularly like the raucous calls of wattlebirds outside my window in the morning. Add to that they are aeronautical wonders able to catch their prey (moths, flies, butterflies) on the wing with some amazing manuevers. I have two regular visitors to my garden. A red wattlebird (red wattles under his chin and a yellowish lower breast) and a little wattlebird and sometimes they’re out there at the same time.
Magpies warbling are a joy to listen to. I really wonder what they are saying to each other.
Honeyeaters of all kinds enthrall me and seeing a spinebill honeyeater or a new holland honeyeater, makes my day.

Of course, becoming a bird watcher inevitably turns you into something else. An amateur photographer. Because no-one believes you’ve seen your wonder unless you can show them a picture. Sad but true. The wild albino fairy wren at Werribee Open Range Zoo is like a mystical creamy coloured fairy that NO-ONE but those who have seen it believe in. I have seen it and my blobby, blurred photo proved nothing (the average fairy wren is only about 3″ high and I was photographing it from about 15 metres without a tripod… and with my shaky hands (excitement!) no chance!) So in order to gain greater pleasure from my hobby I must collect proof. Not in the way of actual birds or eggs or even feathers: but photos. So I’m an amateur photographer and birdo. Add that to keeping my blog up to date and having a social life, one wonders when I have time to work….? I’m wondering about that too 🙂 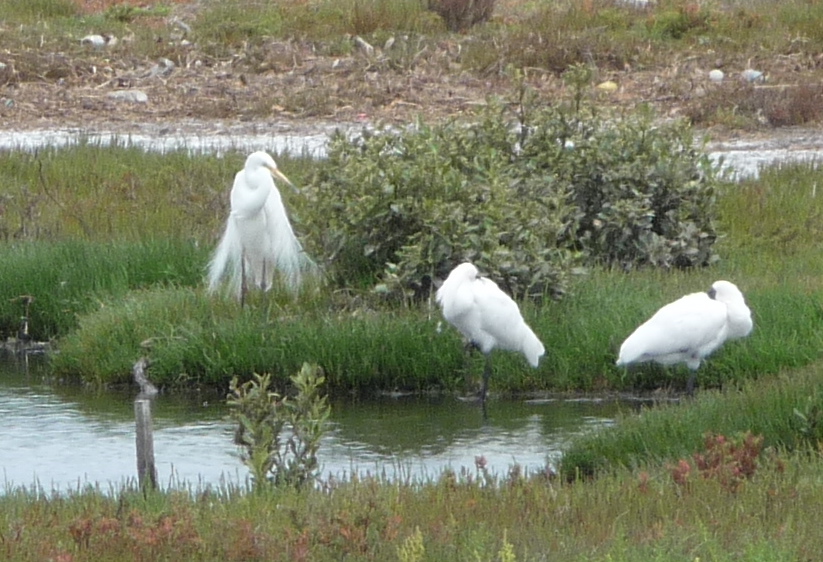 Excited?! Just a bit - after learning to shoot on manual, attending classes and learning to use a few more if my camera’s functions. I’m ready to move up! I’ve gone to my largest lens yet. Ready for trips to #WA , #Queensland and later #cambodia. #pamelasphotos #birdphotography #twitcher
Proud #swan parent and two #cygnets #Williamstown #jawbonereserve #australiannativebirds #swansofinstagram
#bluebandedbee at #shadowfaxwinery enjoying the #lavender. #victorianwineries #shadowfax #nativebees